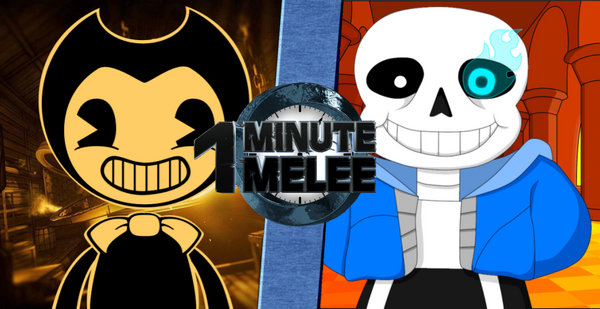 I know I've finished this before but I'm making a new version of this.

Bendy and the Ink Machine Vs. Undertale! Which popular indie game character with the creepiest smile you've ever seen would win?

the blaster shoots bendy but doesnt affect him

unfortunatally sans had no time to dodge

Retrieved from "https://one-minute-meelee-fanon.fandom.com/wiki/Bendy_Vs._Sans?oldid=88819"
Community content is available under CC-BY-SA unless otherwise noted.